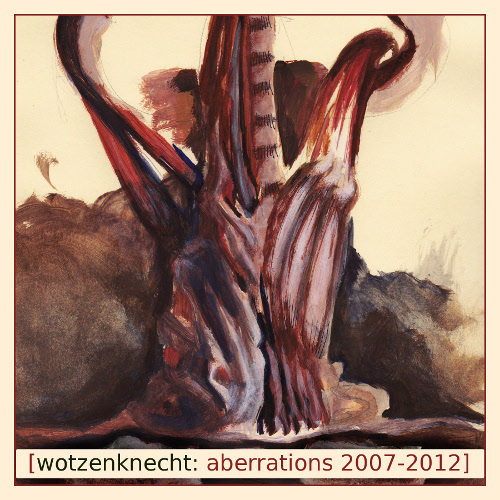 Experimental ambient with a concrete edge. I avoided any external references in order to allow the listener to hear what he wanted, but musical influences are sometimes apparent. There is a movie clip for track 6 called This is the business of being nice to people. WARNING! NSFW!

Une veilleuse dans le noir refers to a novel I wrote in 2006. I wanted to provide one hour of soundtrack per chapter (there were seven of them); I gave up after a couple of tracks. Besides spiraling ambient stuff, you can also hear the first of my monologues over Albinioni's Adagio played from an old warped 7 inch single.

"Crushing Cats Down" is a remix of "Crushing Down", originally performed by Lava

Hello and thank you:

ÖönöÖ for everything we shared during this era of our lives; Von Lamb & Dioneo for their friendship, M. for her piano, guitar and unmentionable things, Comebackmusic for awesome support, Jules-Edouard Moustic for playing Crushing Cats Down on the radio, everybody at Guts of Darkness - especially the few who bought the album back then, merci pour le fusil for archival help, Sergent Buck for making this re-release happen.